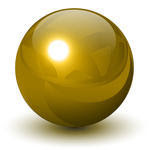 The sudden light from Eilonwy’s bauble frightens the Huntsmen, and they fall back. Seeing their numbers, Taran realizes what a close call they’ve just had, but he’s mostly just overjoyed to know Eilonwy is still alive. Fflewddur wisely restrains him from going after her then and there. The valley turns dark again; Taran and company huddle in the mouth of the mine tunnel wondering what to do. They can’t go back through the mine, and the Huntsmen block them in every other direction.

Taran asks Doli to turn himself invisible and spy on the Huntsmen to find out their plans. After much complaining, Doli does so. He returns late that night with the news that the Huntsmen are hiding in the gorge until sunrise to avoid being killed by the bears and wolves that Medwyn sent. “And that’s where I want them,” says Doli, who has a plan. He’s found a frozen waterfall directly above the gorge, which if melted will go pouring down into the Huntsmen’s camp. Taran is dubious at first but trusts Doli’s confidence that it will work. For the rest of the night, the Fair Folk warriors, along with Fflewddur and Taran, chop away at the ice and build a massive pile of tree branches to set on fire. The heat melts the ice, and the waterfall thunderously gives way, crushing and drowning the startled Huntsmen far below.

Eilonwy and Gurgi return! Taran is too happy to even speak at first. He pulls Eilonwy close, and whispers that he had given up hope. “A silly thing to do,” replies Eilonwy, though she admits to having “a few uneasy moments with that ruffian Dorath.” You mean when he was announcing his plans to rape you? That’d make me uneasy too. Eilonwy doesn’t elaborate on her recent trauma, but instead compliments Taran and Doli on getting rid of the Huntsmen. It looked like a burning river, she says, then gasps: the prophecy! The prophecy says Gelfling will destroy us! No, I keep telling you, wrong prophecy. It’s the one from Hen Wen’s letter sticks. “Night turn to noon and rivers burn with frozen fire ere Dyrnwyn be regained.” They realize that Eilonwy’s bauble lighting up the valley and the melted waterfall full of flaming branches have fulfilled those words. Gurgi is elated: “Wise piggy told the truth!” But Fflewddur wet-blankets that the prophecy also said mute stones would speak and Dyrnwyn’s flame would be quenched, so he thinks they ought not to put much stock in it.

Taran says that their last hope to stop the Cauldron-Born returning to Annuvin is to travel straight across the mountains, into what Doli says is forbidden land to the Fair Folk. Apparently, they’ll die if they get to close to Annuvin. Doli is the exception, because he’s spent a lot of time above ground, with humans. Ohhh…kay. So hanging out with humans makes him immune to Arawn’s death germs? That doesn’t make any sense to me. Feels like Alexander needed to get rid of the Fair Folk army but keep “good old Doli” in the group, so he invented this explanation on the spot. What do you think? Is this a cheat, or did I miss the part where this logic was established earlier? Let me know in the comments!