I recently finished “Three Men in a Boat (to Say Nothing of the Dog!)” by Jerome K. Jerome, a book I’d never heard of until my sister recommended it to me last fall. The story is a humorous account of three friends traveling up the Thames along with their fox terrier, Montmorency. Apparently, it was originally intended to be a serious travel guide, but the author’s bent for comedy just sort of took over. There are some serious, thoughtful passages – and it’s in these that Jerome’s talent for prose really shines – but on the whole the story is a lightly rollicking misadventure that will have you chuckling out loud on almost every page.

I’d recommend this book to anyone who is a fan of dry, witty British humor. The voice of the narrator reminded me a lot of the hosts of the UK version of Top Gear. Though it was published in 1889, the humor is easily accessible to today’s reader; in fact, part of the fun of reading the novel is realizing just how little has changed when it comes to human nature. People were hypochondriacs long before the existence of WebMD, and they argued over directions just as we do today despite having GPS. And being myself the owner of a fox terrier mix, I also distinctly enjoyed the descriptions of Montmorency. If I had one complaint about the novel, it would be that the passages about him are too brief!

Wikipedia tells me that the pubs and inns named in the story are still open, and that fans of the book have been known to recreate the river itinerary. This sounds like tons of fun, so next time we’re boating up the Thames, I’ll see if I can convince my husband, who is a champion rower, to take the oars while I inspire him by reading “Three Men in a Boat” aloud. (Alternatively, there is an audio version, read by Hugh Laurie, that I bet is awesome.) Then, much like the protagonists of the novel, I’ll probably be ready to abandon the great outdoors in favor of some warm slippers and a cozy pint. 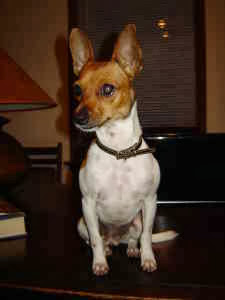