The morning after the battle, Caer Dathyl is in ruins. In the hills to the east, where the surviving defenders have made a temporary camp, the companions find one another again. Taran, Eilonwy, Coll, Gurgi, Fflewddur, Llassar, Hevydd and Glew are all okay, but Llonio didn’t make it (sob!). Taliesin sings a lament for those who have died. Then, everyone hails Gwydion as the new High King.

Gwydion says that Pryderi has given them “one choice and one hope.” Since Arawn has sent so many Cauldron-Born out to battle, Annuvin must be minimally protected, with only mortal men and Huntsmen guarding it. Gwydion says they must attack immediately and also keep the Cauldron-Born from reaching Annuvin again. It’s time to separate into two parties (again, only this time it makes strategic sense). Gwydion will lead the march to the secret harbor where the ships that first brought the Sons of Don to Prydain have been hidden and kept seaworthy all these years. He asks Taran to lead the group that will run interference on the Cauldron-Born. Taran accepts, and asks how to get word to Gwydion if they fail in their quest. Gwydion says they can’t afford to fail; they will all die if they do. So no pressure, then! 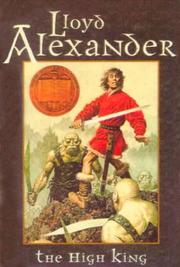 The Commot folk choose to go with Taran, as do Eilonwy, Gurgi, Fflewddur and – sigh – Glew (so we get more of his complaining, and then more of Fflewddur’s complaining about Glew’s complaining). Gurgi laments that the Banner of the White Pig is in tatters. Eilonwy says she’ll sew a new one, “as soon as…” Then she stops short, as Taran reflects that they might all be going to their deaths and he may never see Caer Dallben again.

They journey for several days, and when they catch up with the Cauldron-Born, Taran is about to attack, but Coll cautions him to wait and watch for a bit first. They follow the Cauldron-Born for another day to a bleak place called the Red Fallows. Coll exposits that this used to be “the fairest realm in Prydain,” but so many lords fought over it that their horses trampled all the fields and their blood stained the land red. Taran wonders if it will ever flourish again. Coll says perhaps, but right now Taran must choose which path to take to Annuvin. The easier but longer path is to continue across the Red Fallows, while a harsher shortcut would be to go through the mountains of Bran-Galedd, topped by Mount Dragon. Taran decides they must drive the Cauldron-Born into the hills.

Taran leads the Commot folk, armed with makeshift spears made from branches, against the Cauldron-Born and Huntsmen. They succeed in driving most of their enemies toward the passage to the hills. But a band of Cauldron-Born breaks off and breaches the walled boundary of the Red Fallows. Coll saves the day, single-handedly fighting back the warriors, and is seriously wounded in the process. Get out your hankies, folks, because now we have to say goodbye to Coll, who was introduced in the very first sentence of the series. All he wanted was to get back to his garden, but instead he dies right there on that beach in Vietnam – that is, in the Red Fallows – and his last words are, “See to our plantings, my boy.”

Taran buries Coll, and stays by the grave for a long time. Like me, he’s probably wondering when these books got so incredibly sad, and whether he has the strength to go on to the next chapter. Finally he says farewell – “Sleep well, grower of turnips and gatherer of apples” – and rides off to join the companions.