Taran comes to in a dungeon filled with straw that smells “as though Gurgi and all his ancestors had slept on it.” He wonders what became of Gwydion and worries that Achren changed her mind again and had him killed. He throws himself against the door and the walls of his cell to no avail. Suddenly, a flashing gold ball drops down through the small grating above, and a pair of “intensely blue eyes” appear. 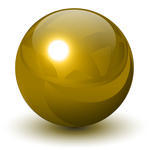 The owner of the eyes introduces herself as Eilonwy and asks Taran to throw her bauble back to her. He’s not to think she’s a baby, playing with a toy, but “sometimes there’s absolutely nothing else to do around here.” She rambles on and on, saying she supposes he’s “a lord, or a warrior, or a war leader, or a bard, or a monster,” and Taran feels flattered to have been taken for any of those, but corrects her that he’s an Assistant Pig-Keeper. Eilonwy asks if the fellow in the other dungeon is one as well. Taran asks if the other prisoner is still alive, but she doesn’t know, and asks him again to throw her bauble. Taran says his hands are tied, so Eilonwy says she’ll come in and get it. He replies that he’s locked in, to which Eilonwy is like, duh, that that’s the whole point of having someone in a dungeon and “I don’t mean to hurt your feelings by asking, but is Assistant Pig-Keeper the kind of work that calls for a great deal of intelligence?” She is awesome.

Something pulls Eilonwy away, and Taran hears a “little shriek, followed by a larger shriek and a moment or two of loud smacking.” She doesn’t reappear, and night falls. A bowl of water is slid through the slot in the door. Taran drinks it, then tries to sleep but – unsurprisingly, considering his situation – has nightmares. Then he hears scratching and a voice from under the straw. It’s Eilonwy! She moves a flagstone and enters the cell. She picks up her bauble and floods the cell with light. Taran, amazed, asks what it is. She’s like, duh squared: “It’s my bauble, how many times do I have to tell you?” We then get a description of her: one or two years younger than Taran, with reddish-gold hair to her waist and elfin features, wearing a white mud-stained robe and a silver crescent moon on a necklace. She unties Taran and explains that the scuffle he heard was Achren catching Eilonwy (little shriek) and Eilonwy biting Achren (big shriek). Achren locked Eilonwy up, but she used one of her many secret passages to escape. Achren doesn’t know about the tunnels, Eilonwy says, because she didn’t build the castle; it once belonged to a great king. Taran is horrified to think that Eilonwy might be Achren’s daughter, but no, she explains that her parents are dead and her “kinsmen” sent her to Achren to learn to be an enchantress. She binds Taran’s wound, and they hatch a plan for her to release Gwydion and Melyngar – who “would be in the stable… where you’d usually find a horse” (hee) – and steal some weapons, then come back for Taran. She douses the light from her ball and disappears. He waits, becoming more and more anxious, but she doesn’t return (not in this chapter, anyway). Suspense!