Welcome back! Before the break in this action-packed chapter of The High King, Taran had just tried – and failed – to kill Arawn. He runs into the Great Hall where the rest of his companions are, “crying the warning that Arawn still lived and had escaped.” Achren is immediately all, “Escaped you, Pig-Keeper, but not my vengeance” and takes off running down the halls, with everyone else chasing after her. They reach a throne room that contains a throne shaped like a skull (because of course it is), and stumbling toward it they see Magg, who always seems to be perching his scrawny butt on somebody else’s throne.

Magg’s not looking so hot, though, with a “ghastly white” face and “contorted features.” Raving like a lunatic, he holds up a heavy iron crown, which Arawn apparently left behind when he was turning into a shadow to escape being struck down by Dyrnwyn. Achren wants to kill Magg on the spot, but Taran says they should take him prisoner and bring him to Gwydion for justice. Magg, meanwhile, is shouting “Magg the Magnificent! Magg the Death-Lord!” as he puts the crown on his head. The crown grows red hot, then white hot, and Magg shrieks in pain as he dies. (“A crown for a king,” amirite, GoT fans?)

We then cut to Gurgi and Glew, who got separated from the group, frantically searching through the halls of Annuvin for Taran and the others. They arrive at a chamber full of “precious stones and golden ornaments.” 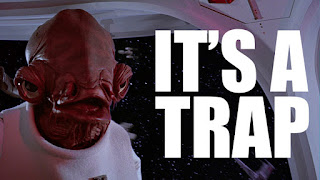 Glew, of course, starts drooling at the sight of all the treasure, and he makes a dive for it. Gurgi pulls Glew back “as flames burst from the walls.” Outside the Great Hall, Gwydion (the real one, this time) and Taran are reunited, along with all their surviving allies. Taran unbuckles Dyrnwyn and tries to hand it to Gwydion, saying, “The blade is safer in your hands.” Gwydion tells him that he’s “earned the right to draw it,” and therefore should keep it.

Fflewddur muses that Hen Wen’s prophecy came true, except for the part about stones speaking. Taran says that part came true, too, and tells them about the rock atop Mount Dragon that led him to Dyrnwyn’s hiding place. Eilonwy suggests that Hen was “mistaken” about “Dyrnwyn’s flame being quenched,” as Gurgi and Glew, singed but alive, run out of the Great Hall to join them. But we don’t have time to celebrate that they’re OK (or at least that Gurgi is; I could care less about Glew, TBH) because Achren suddenly yells, “Do you seek Arawn? He is here!” and throws herself at Taran’s feet.

Taran whirls around to see a “serpent ready to strike,” which Achren has grabbed with her bare hands. The serpent bites her in the throat, she falls back, the serpent strikes at Taran, Taran slices it in two with Dyrnwyn, and that’s the end of both Achren and Arawn. It happens so fast! As Gwydion cradles the dying Achren, Eilonwy and Taran watch as the serpent blurs into a decapitated man (ewww), and then vanishes into the earth.

“Look at the sword!” says Fflewddur, and they all see the white flame of Dyrnwyn turn into rainbow swirls and then go out. Now it’s just an ordinary sword, except for the writing, which Eilonwy brightens with her bauble, in time for Taliesin to read it as it fades. The full inscription reads “Draw Dyrnwyn, only thou of noble worth, to rule with justice, to strike down evil. Who wields it in good cause shall slay even the Lord of Death.” Taliesin concludes that Dyrnwyn has fulfilled its destiny. The companions lay Achren to rest in the Great Hall, and then the whole stronghold starts to blaze and completely collapses as they ride away.