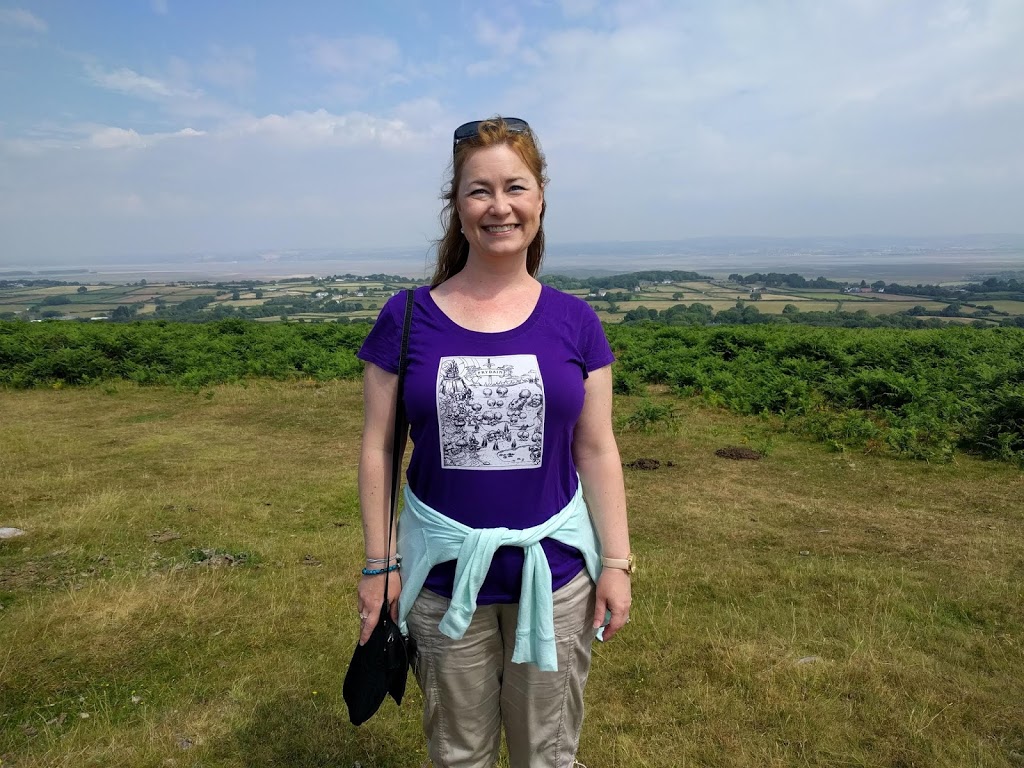 Sorry for the unannounced hiatus, folks. I’ll be back with a new chapter recap next week, but in the meantime, I want to share some photos of my recent trip to Wales, on which Lloyd Alexander based much of Prydain’s mythology and geography. I’ve always been fascinated with the history and language of Wales, especially after reading Sharon Kay Penman’s Welsh Princes trilogy, so it was a dream come true to glimpse it in person.

My husband and I traveled to Swansea, where our hosts, his aunt and uncle, gave us a wonderful tour of the Gower peninsula, roughly equivalent to Prydain’s Southern Realms, according to this map by Brendan Wanderer. Of course, I had to wear my Prydain map T-shirt!

I met Melynlas, the silver-maned stallion (or perhaps one of his cousins), and his family! These beautiful wild horses roam the common lands of Gower and aren’t a bit disturbed by humans getting fairly close to them. 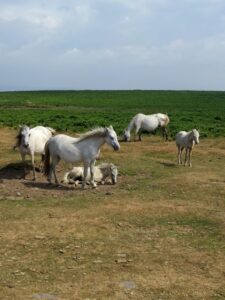 You can almost picture a battle taking place on the hillside around this rock, known as Arthur’s Stone: 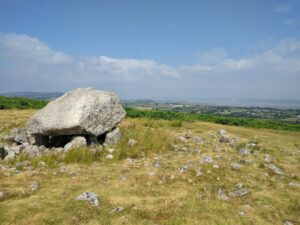 This rock formation is called the Worm’s Head, because it looks like a dragon rising up out of the water. 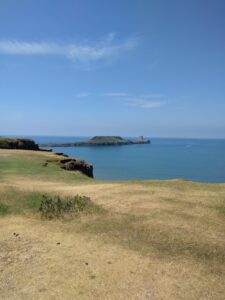 I fell in love with beautiful Rhossili Bay, with its rolling green hills almost touching the lapping waves. (Apparently, so did the band Mumford & Sons, who used it in their “Lover of the Light” video!) 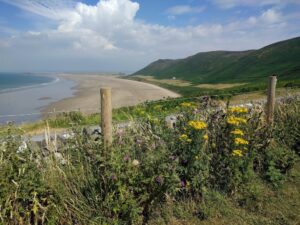 It was hard to leave Wales; really wish we could have stayed longer. I think the Welsh poet Dylan Thomas summed it up best: 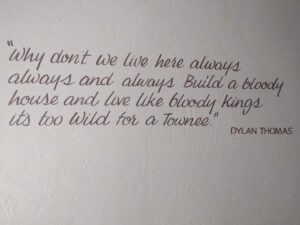